The heat of the sun's underneath his skin

Qasar is a wayward Xaela that follows the water's current much like smoke to flames. However much he shares over a drink, trade, or commute depends on what's presented before him. 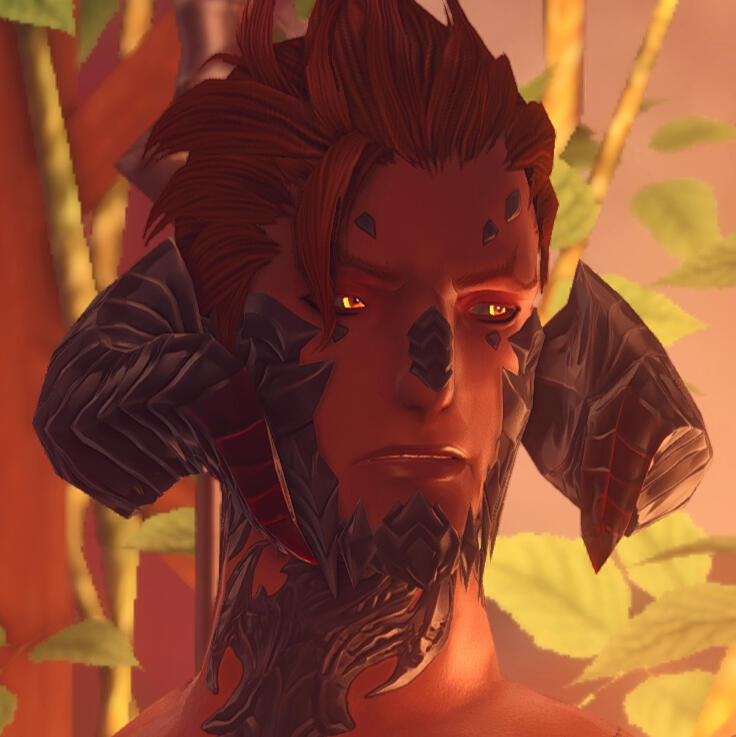 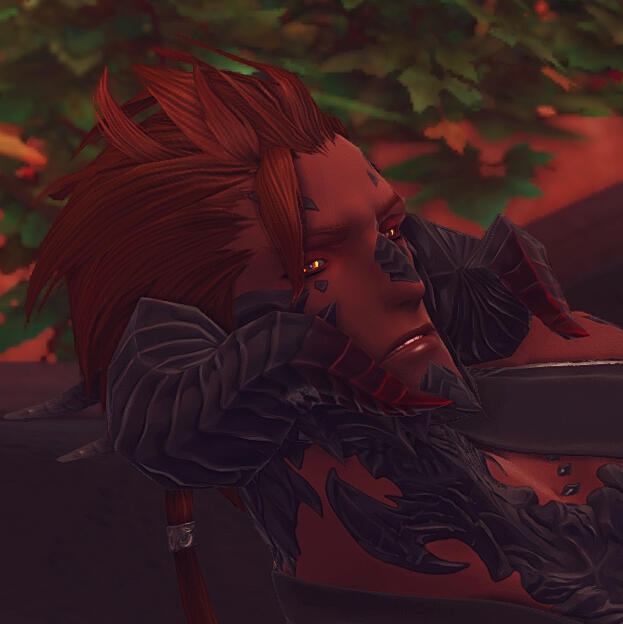 Summary: Qasar is as stubborn as they come. He holds to his beliefs as long as he can, even when the 'truth' is but one shove away. The xaela has a pessimistic outlook on life and, as a result, takes most things with a grain of salt. He doesn't believe what others say until it comes to fruition.

Aside from his negative ways, he is loyal. Relationships and their weight are forever engrained in his head. If he values someone, however small, his stalwart ways come to light. 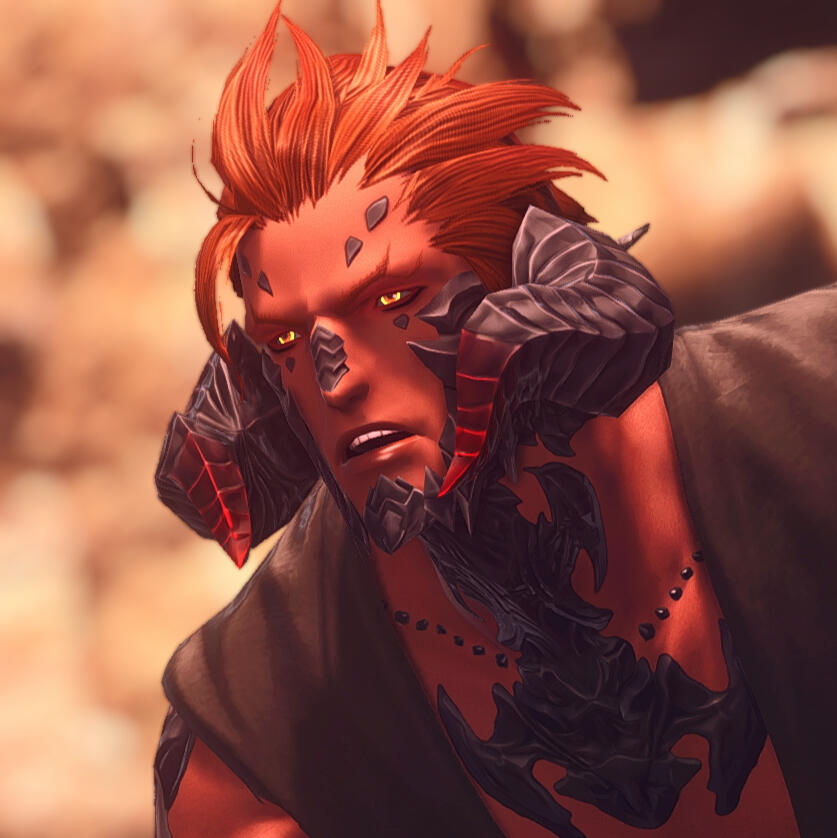 Born and raised in the Steppe, Qasar spent his childhood on his family's boat. He took charge of caring for his siblings when his parents were busy, leaving him to prepare the day's catch for dinner. He spent his early years learning the trade by his father's side, such as weaving scales to the boat, cooking fish, and basic entrepreneurship skills.

As he grew, so did his responsibilities. When he was a teenager, he took on Bardam's Mettle to participate in the Naadam. The following years thereafter were spent refining his skills as not only a fisherman but also a warrior.

He ended up having a family of his own thanks to time spent fighting, traveling, and bonding with those of the Orben tribe. He and his mate bore two children, boy and girl, that he passed his knowledge to.

Or--he would have, if only they had reached that age.

What was called a skirmish that one night was a warzone to Qasar. Not only did he lose his family, but he lost what normalcy he had as well. 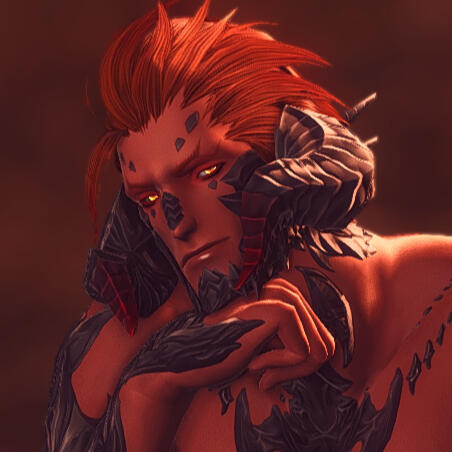 The One River
Qasar has his own boat he takes along the river for fishing, travelling, and living. Perhaps you've seen it cross the river late at night, or watched the man rise from the water with his latest catch?
Moon's Yearning
There's a reason Qasar travels during the night. When a full moon hangs over head, danger's afoot. Is the fisherman in his boat, or is he away, be it in the rest of the Steppe or Yanxia? Whoever meets him under the full moon's light may make that night their last.
The Businessman
Not the most prosperous nor the most futile, Qasar handles himself rather well in his little business of fish, scale textiles, and more. He ventures towards other parts of the east, such as Doma, Kugane, and the Reunion to boast his wares.
Another World
However it's happened, he's found himself in Eorzea. Be it stranded due to lack of funds, the premise of bringing more of his work into the world, or the thrill of adventuring in the first place, Qasar's making it his mission to know more about the star's other half.
Not see any hooks that catch your eye? /tell and we can discuss a custom one! 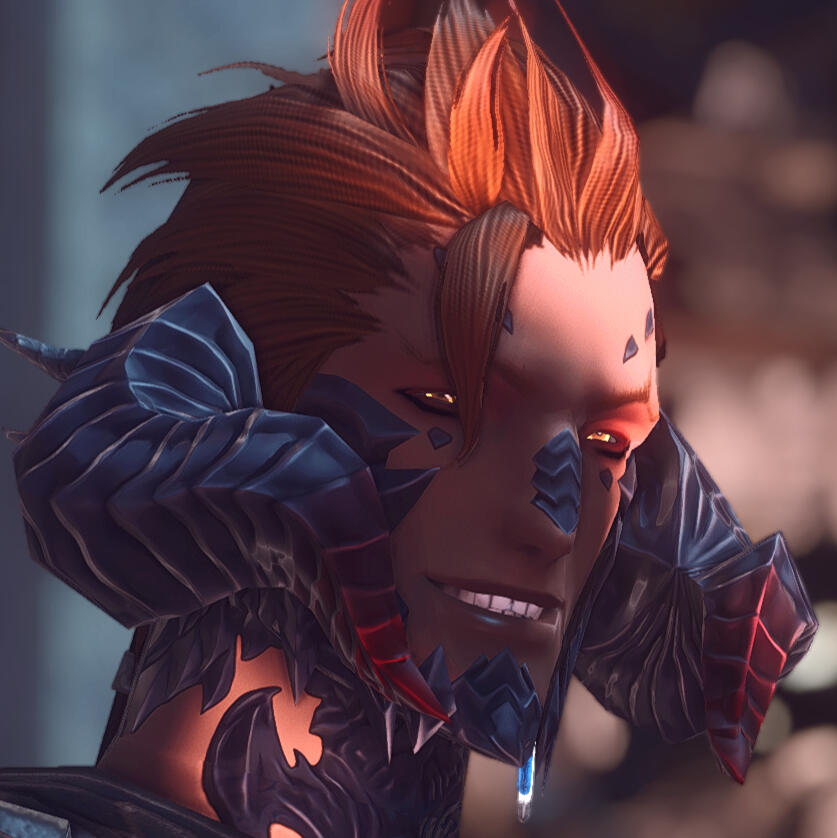 Hello and thank you for reading Qasar's carrd! Things listed in this profile may change throughout the time I'm playing him.

I'm both working and going to school so I can't guarantee to be available all the time! I'm in the PST time zone (GMT-8) and, more often than not, around during the evenings.